Yakisoba is a classic Japanese Street Food that makes for a quick supper using up leftovers and vegetables that are readily available. 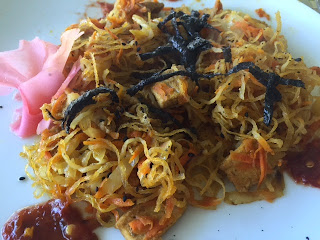 First cook your noodles, drain and toss in tablespoon of oil to prevent them sticking together. 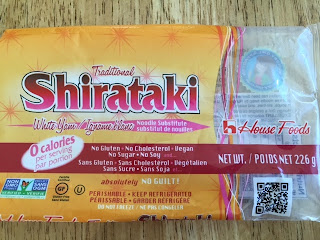 Mix 1-2  tablespoon of Ketchup, 1 T Worcestershire sauce and 1 T of Oyster sauce in a small bowl, then add to vegetables

Toss in the noodles and heat until everything is hot!

This couldn't be any easier and so delicious! My thought was as I plated the noodles, how do they serve this dish on the street of Japan? 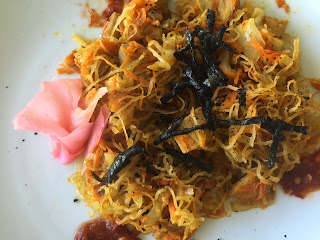 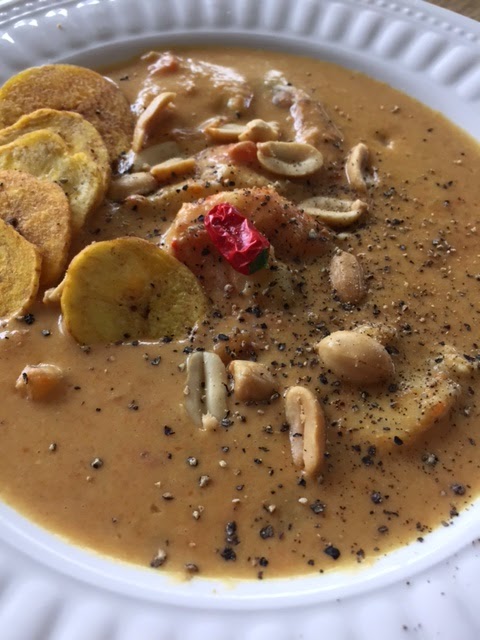 While in Halifax last week, Peanut soup was the "Soup of the Day" in two restaurants.  In fact one of the servers rolled his eyes on mentioning this special, which got my curiosity up even more.

Today being a rainy day and the need for soup, I decided to research this recipe and make it as although I need to make a run for groceries before the long weekend, I did have makings for this soup.

I started by sautéing a chopped onion with a couple of chopped cloves of garlic in olive oil in a stock/soup pot.  I added a tablespoon of hot curry powder and a teaspoon of cumin to the hot oil.  I then added chopped carrots, about a half a tin of diced tomatoes, grated ginger, peanut butter and then covered everything in water, brought it to boil then reduced the heat to simmer. 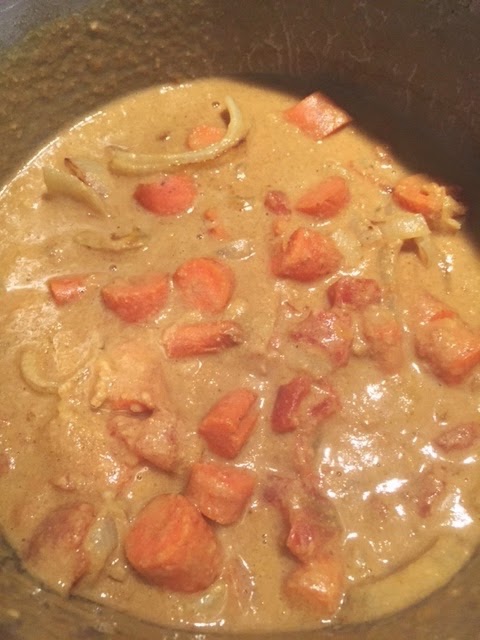 On checking my cupboard I found I did not have a tin of coconut milk, so leaving this pot on simmer (not suggested), I quickly drove to a store in my neighbourhood, but had to drive further for coconut milk.  Yes, there were a few panic calls to my husband who thought I was phoning my
self to find my cell phone! Oh dear, I have to stop doing this!  On returning home, thankfully everything was fine.  I pulsed the mixture with a hand blender.  On tasting the mixture, it was thick and full of flavor, but since I had run out for the coconut milk, I added it in.  One of my pet peeves with coconut milk is that it seems to lose it's flavor once it is cooked!   Now the soup was too thin, which I thickened with cornstarch and water.   I think I would just use more carrots next time then I would not need to thicken it.

I did added shrimp and fish to the soup after it was blended.   I simmer the soup until the seafood was cooked. 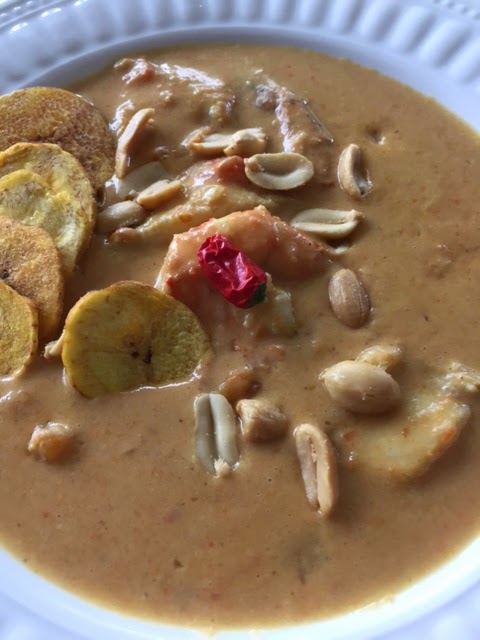 Garnishing the soup with Plantain chips and peanuts was certainly welcomed by my husband.