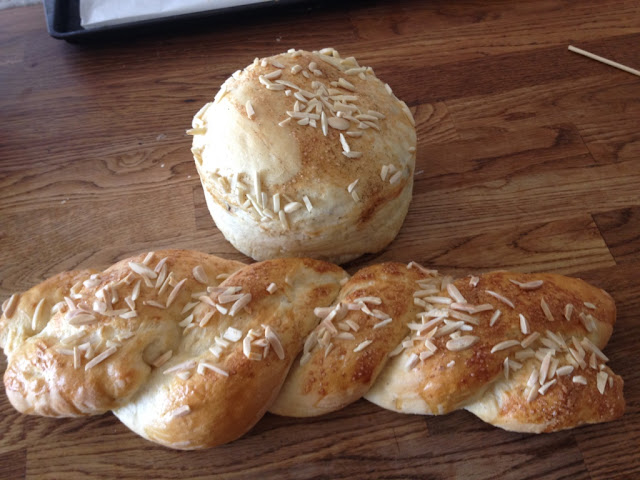 Part of an email to my brother and cousin

A couple of days ago, I phoned Aunt Florence and Aunt Marion looking for a smaller recipe in making Easter bread.  Aunty Florence is just getting over pneumonia but feeling much better.  She quickly found me a recipe that is Julie's relative's, Betty.  According to Aunty it is a Finnish bread as uses Cardamom and the dough can be used to make a lovely Babka bread.  Aunty makes two braided loaves with it all though the recipe says to make one loaf.. She does an egg wash and sprinkles Almonds or Poppy Seed on it.  I made one braided loaf and then added raisins and mixed peel to the other half of the dough and baked it in a coffee tin.  This Babka Bread went to BC with my daughter.  My grandmother used cardamon in the prune torte or Vine torte, but not in her Babka Bread, it is a very unique tasting spice.   She did use Saffron in her Babka Bread to give it a orange color.

Vernon, I am sending this to you as Aunty said it can be started in the Bread Maker.  It is as Aunty said a " lovely bread" and as always her recipe are very precise, although I didn't add the water.  Aunty said you could use more cardamon, but I found there was more than enough flavor using just the 1//2 teaspoon.  I use tradition yeast, so it needs to be proofed first or the dough will be grainy. I baked my loaves at 325 for 30 minutes.  I probably could have baked it for less.

I have never mixed up such a small amount for bread.  I was surprised it made two loaves of bread. 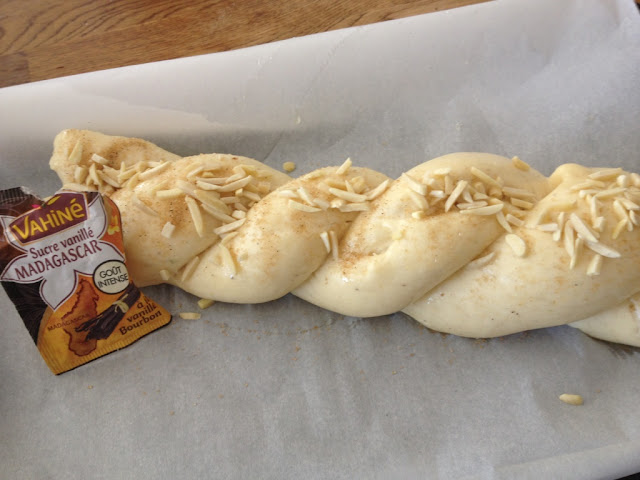 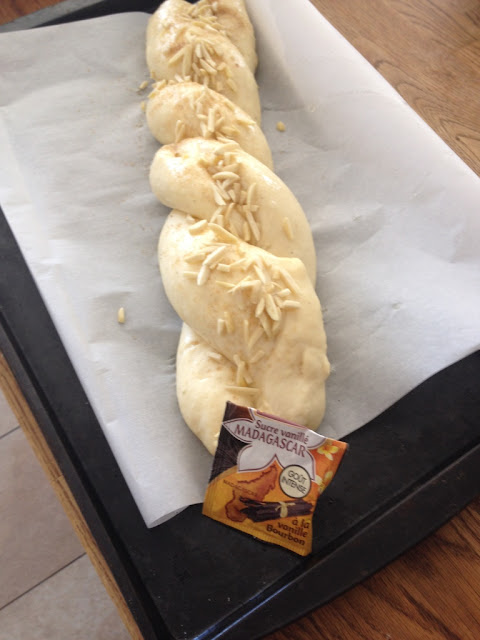 
11/2 teaspoon yeast (if traditional yeast proof in a bit of lukewarm water). 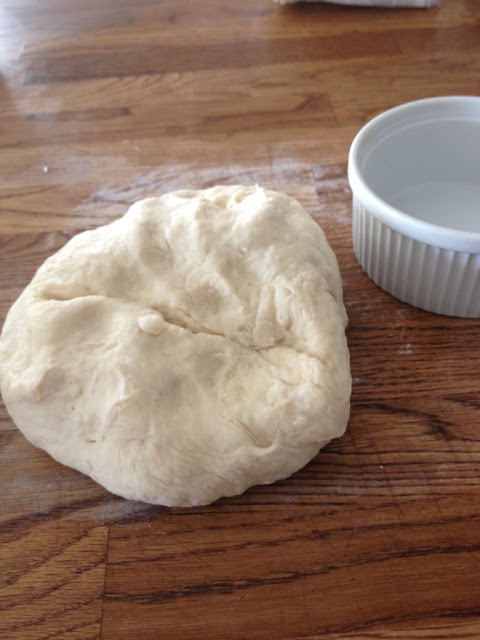 Use Bread maker, low setting, turn out when dough is mixed.
Let rise until double in size.
Divide dough into three part and make a braided loaf.
Glaze with beaten egg, sprinkle sugar and sliced almonds. 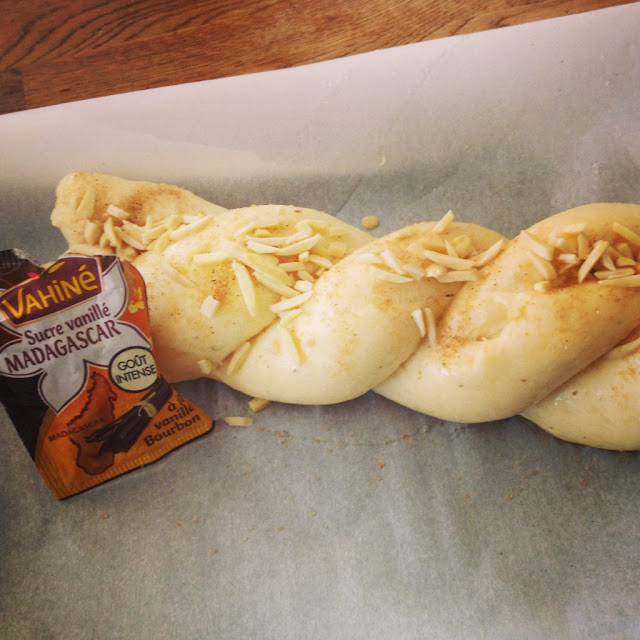 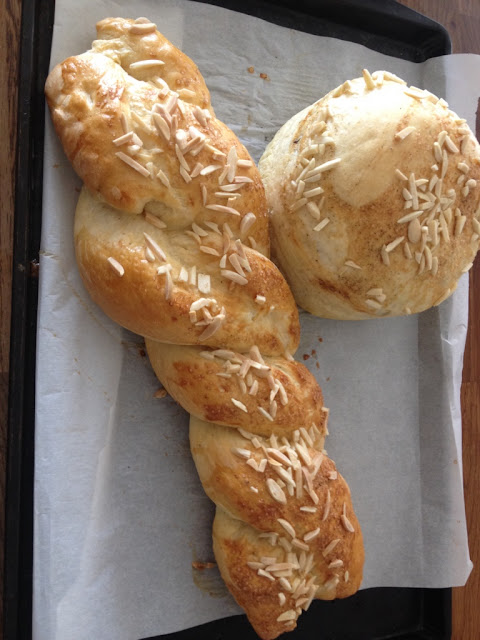 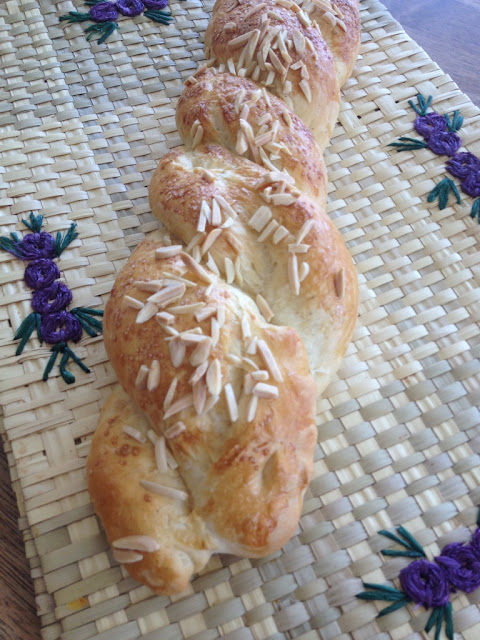 After finally being able to reach Aunty Marion who had her phone off the hook most of the morning, Aunty told me "to just half the recipe that I had!"  I just love talking to them as they are so different in personalities!

Let me know if you make the recipe.  I will be making it again
Posted by Here and There

Candy, thank you for your comment. I love following your blog! Blessed Easter to you and your family