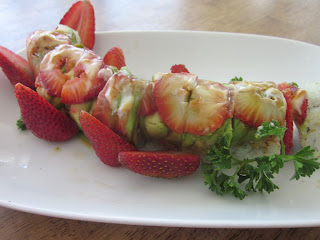 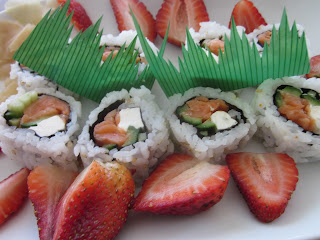 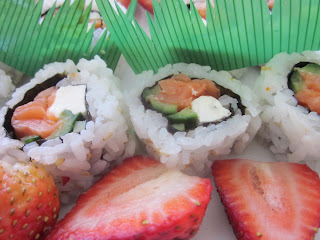 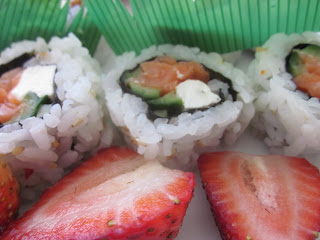 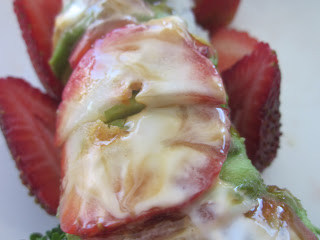 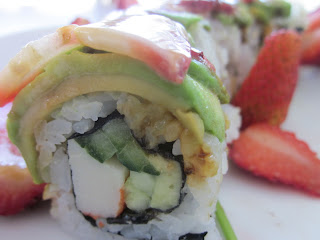 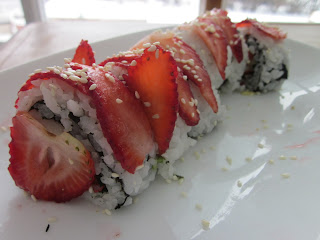 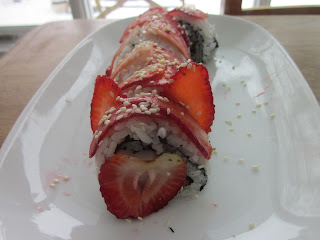 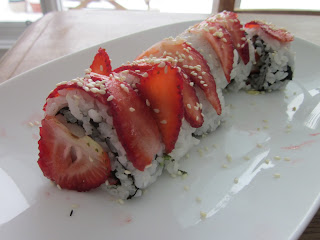 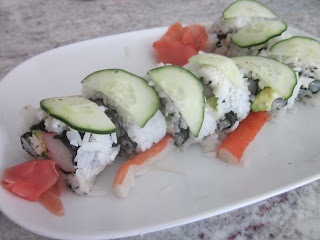 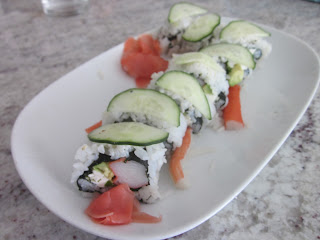 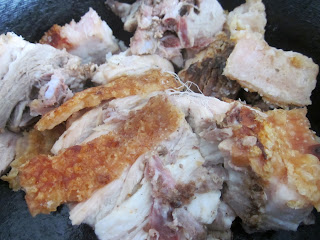 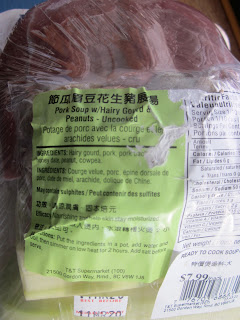 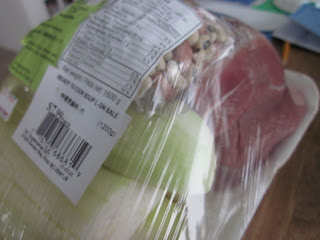 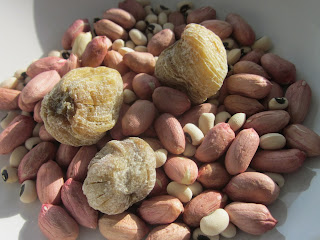 
T&T supermarket have a whole selection of prepared uncooked soups using pork with different ingredients, ready for the crock pot. Some ingredients  a little weird or not known to western palate!  The soups may need some favoring or seasoning added to it.. I'm doing this hardy soup right now! First day of spring and it is snowing!

Yesterday I was asked by a teen aged cashier in T&T if I knew how to use the chopsticks I was buying, when asked why, she said "Well look at you".  Not knowing how to take this comment, I asked her if she knew how to use chopsticks!! This made her and her helper giggle!

Then in another Chinese supermarket, where I go regularly for a whole bag of Fresh Basil that is always beautiful and  under two bucks, I was asked if I actually used the basil.. While in line, this young Chinese woman in designer clothes, picked up the bag of basil and with out looking at me asked me the question.  By this time I was getting most annoyed!! 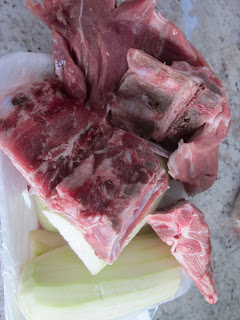 The packaging for making soup showed the pork as one solid piece, but it is not, baby back rib are wrapped inside a layer of pork, which should make great stock, all for 8 bucks, packaged in Vancouver though!  Not too sure about the hairy gourd, as to cooking time or taste.  The suggested cooking time on the packaging  is 2hours, but there is also packaged dried beans which will take much longer.

These are done like cinnamon rolls.  The dough is rolled out and

A  great idea for Valentines- dessert pops   from Pie Pops
And not to mention , animal shapes which would be a hit with little kids
Using jam in the pops from Vancouver

and even cake pops

All of the above use skewers for the pops and would be a fun thing for kids!


Save your Fork, There's pie

A friend of mine had given me a pizza pop recipe that used cottage cheese and baking powder in the dough.  I used to make this recipe for my son who was in biathlon.  He would devour two of these pizza pops immediately after a race.  I also would make them for him to freeze as a quick snack or supper when he was in university.  The only problem I had in making them was that the cheese would ooze out, regardless of what I did to prevent this i.e. wetting the edges, crimping the edges with a fork, make a steam vent on the top, etc.  The main reason for  the cheese oozing probably was that I use to over pack them with cheese, green peppers, onions, pineapple with ham or pepperoni.

Pizza pop craze has hit Calgary and apparently pies are the hot item for this year!  Now my Mom would love this, as she was so skilled in making pastries.  Her butter tarts were legendary!!

Soften 1 Tablespoon in 1 cup warm water and 1 tsp. of sugar.  Since I use the traditional yeast, this step needs to be done or the yeast will not dissolve.  This step is not necessary if using the quick raising yeast.
3 cups of flour
1 Tablespoon of oil and salt
Bake on top rack for 20 –25 minutes for 400 degrees F

The quick raise method is
2cups of flour
2 tsp. of Baking powder
½ tsp. of salt
1 cup of cottage cheese
¼ cup  of milk
1 egg
Posted by Here and There No comments:

I read with great interest the article in the Calgary Herald
Like Chapson, I have also cringed when I see grocery carts loaded with only prepackaged food boxes!  The space allotted for single ingredient products is shrinking in supermarkets with the increase of prepackaged food.   It amazes me that age and income do not seem to be a factor.  Last week while standing in line at an express line, a senior eyeing the Blue Label (a nurtrtional line) oatmeal display, instead of picking up the steel cut oatmeal, she placed the instant oatmeal package into her basket.  I wondered as to her choice and the nutritional value of the product for a senior woman.

The free ten-week program for university students is such an excellent idea, sadly only fifteen can participate!

My daughter who just graduated last June from a university program struggled with eating healthy while time managing her studies, work and budget. Time and budget were an issue grocery shopping.  Returning late at night after a busy day, it was easier to microwave popcorn as a quick solution for hunger.

There is a whole area that comes into play here while living alone and going to school.  Such things as having the time to prepare a meal, having the supplies, cost of supplies to do a specific dish and quick solutions to just eating anything to satisfy one’s hunger. Healthy eating is not a priority!

However, this fall she registered in a program through the Vancouver School Board, a six-week course that explored world tastes in a three hour hands on class, each group of three prepare an appetizer or soup, entrée and dessert.  They sampled dishes from Spain, Italy, New Orleans, Greece, India and France, making things like crepes, gumbo, mousse, tiramisu, lasagne, white cheese sauce, roux, cornbread along with cooking steak in an oven and handling phyllo dough and so forth.  The participants also eat what they prepare at a cost of under 30 dollars an evening. Her group took turns bring a bottle wine for the evening!

I also did not know how to cook while in university, instead of microwave popcorn, I survived on coffee from a food dispenser while studying late on campus.  My only recipe in my repertoire was making pizza from a Chef Boyardee pizza kit but again that was only made on the weekend.  Yes, these Pizza kits still are available.  I have no idea what I ate the rest of the time as 35 years ago there were not the fast food vendors on campus and limited elsewhere.  Imagine a world without Starbucks or Tim Horton's.

I remember with great fondness as a young bride, the classes I took at Genie Test Kitchen in Winnipeg.  Recipes were prepared for us in evening classes, which we sampled and recipes were provided for us as references.  Their help-line proved most helpful on many occasions.  The cost of the evening classes was around 10 to 15 dollars, which brings me to the next point.

In last Friday’s Swerve magazine, I read with interest the classes offered by Blue Flame ATCO and quite frankly I fall off the chair at the cost!  My thought was who were they targeting and what is the number of participants in these classes.  My daughter as an employed young profession agonised at the price of the course she was taking in Vancouver.  For many reasons, hand on experience, cost of the course, spirit of camaraderie in preparing and sharing a meal and later successfully preparing these same dishes for friends, my daughter has signed up for the next spring course exploring six other culinary world tastes.

Many times, I have looked over our community association booklet outlining their programs for our area and think I should offer my services to teach courses, something I have done in other cities.  I think it is time to get involved!
Kraft cracks down on cooking classes
Posted by Here and There No comments: